Spotted this scene at my local "Wal-E-World", good thing they added the word "prices" to the sign. 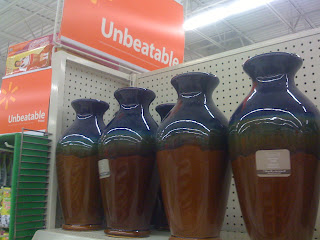 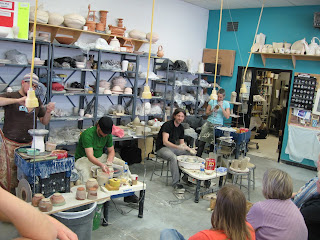 A few weeks ago I taught a workshop at San Juan College as part of their annual "Clay Fest" event. This years fest included a visit from the Art-stream Nomadic Gallery and demonstration/workshops by Christa Assad, Andy Brayman, Steven Colby, Angus Graham, Peter Karner and myself. 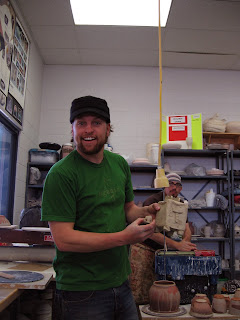 
Waldemar "Wink" Winkler, of Waldemar Winkler Viedogrophy, was kind enough to photograph some of my workshop, I particularly like the plate sequence below, thanks Wink! 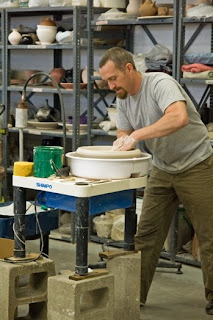 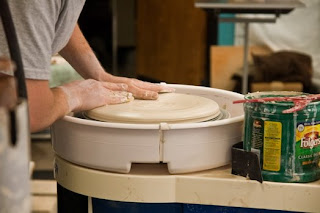 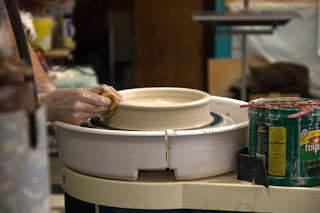 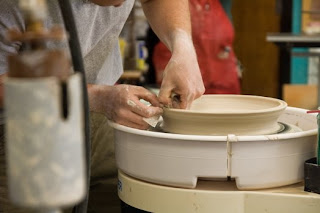 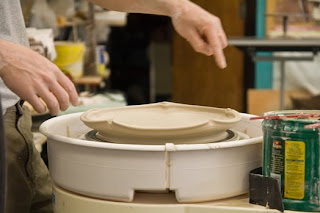 The large Anagama kiln at NAU was unloaded more then a month ago and I am really starting to appreciate the results. It usually takes me a while to get over my expectations and to really view the pieces more objectively. Here are a few images of my favorites as arranged by my new friend Timothy Hsu. Mr. Hsu is into tea about as much as I am into clay, he documents his tea experiences on a beautiful blog: The Mandarin's Tea 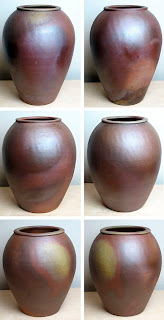 After shutting down the NAU anagama at 2 AM and sleeping for 3 hours it was off to Phoenix for NCECA. An amazing Korean Onggi potter, Mr. Heo Jin-Gyu, was one of the demonstrators at this years conference. After an introduction and conversation in Konglish (Korean/English mix) we decided it would be helpful for me to be his technical translator. It was a great opportunity for me to talk to a large crowd about Onggi as well as answer questions from the folks watching the demo. This was also a great opportunity to spread the word about the upcoming tour I will host to Korea in October. It was quite an honor to assist such a skilled potter. Though most who saw the demo wouldn't know it, Mr. Heo later said that the clay he was using was literally "the worst clay" he had ever worked with, yet he was able to make five beautiful (and extremely large) pieces, each taking about an hour to create. 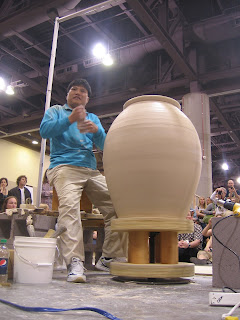 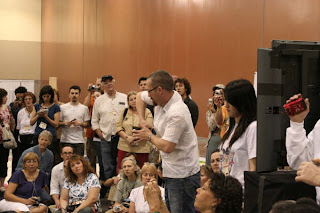 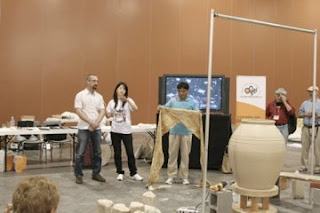 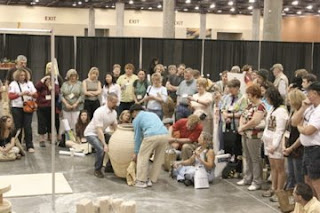