Well, as promised, here are a few pictures from the studio of work I've been making lately. I mentioned a few posts back how impressed I've been with the great clay community here in Durango, not only have I gotten plenty of help setting up the studio and with moving larger pots, but they've opened their kiln doors to me as well. Just two months after moving in and I've already fired in my neighbors soda kiln and am now making work for an anagama firing this weekend. The pieces in the images below are of the pots made for the upcoming firing. 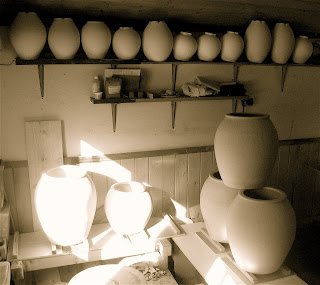 The pots below are a traditional Onggi form with a treatment on the rim that I've used quite a bit in the past, I'm pretty happy with the combination. 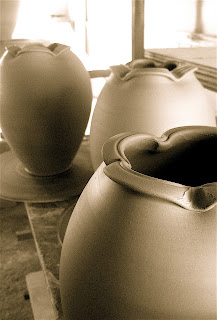 I mixed up some porcelain slip for a "Sang-gam" technique, known in Japan as "Mishima", and tried out some traditional stamp patterns I picked up in Korea as well as one that I made by cutting off the head of a drywall screw and rolling it on the clay (crosshatch pattern). 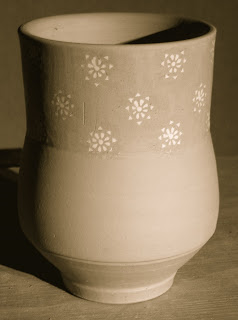 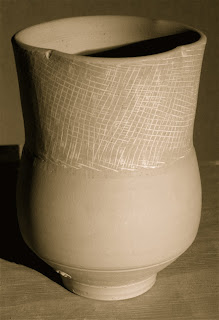 Mixed up some stoneware slip to build up some texture on some cups. 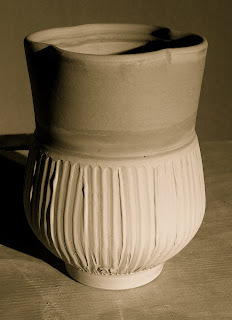 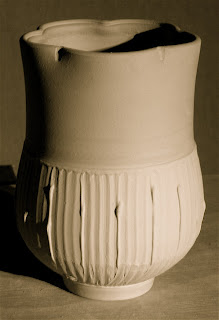 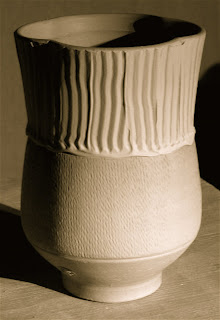 These last two images have nothing to do with pottery, but I thought they were interesting, the first is of some kind of wild berries that caught my eye on a recent hike with my son, love the way they jumped out of their surroundings.

The last image is my son's breakfast sandwich this morning, my wife likes to get creative with food and presentation and I thought this one was top notch. 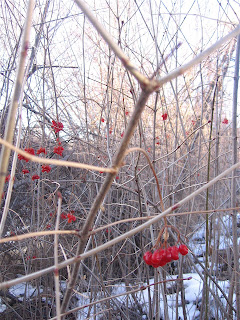 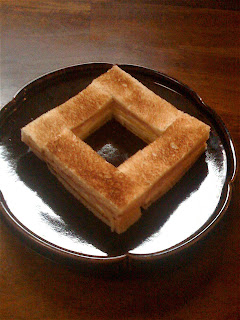 Very cool. Love the pottery, the berries, and the breakfast sandwhich!